Average IQ in Europe by country 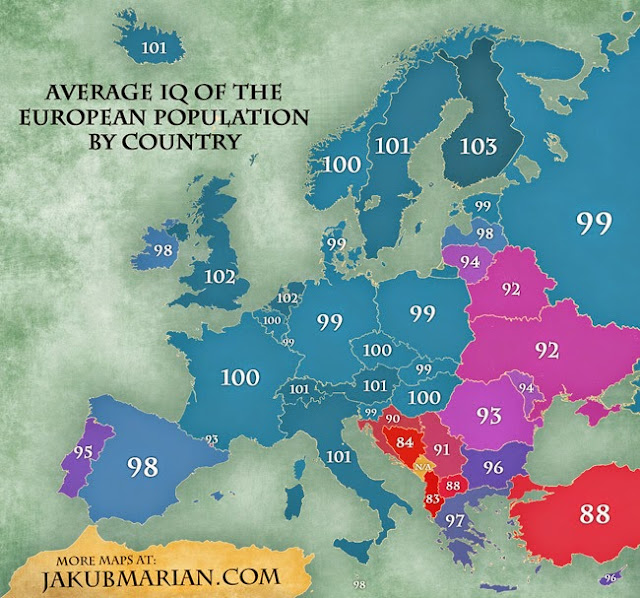 There's a new head on show at the Rheinisches Landesmuseum in Bonn. The remains of the "Lord of Morken" were found in excellent condition, allowing a full reconstruction for display at the museum of cultural history.

The face of the "Lord of Morken" was reconstructed in elaborate detail. Due to his well-preserved remaining skull bones and teeth, it was possible to build a replica which should most likely resemble his original appearance, Constanze Niess from the Frankfurt Institute of Forensic Medicine said on Wednesday.

The man's remains were discovered in 1955 in a Franconian burial ground in Morken, near Cologne. He had been interred around the year 600 AD in a royal burial chamber there. The precious goods within the grave, especially the materials used for his weapons, suggest that the man enjoyed a special status in the population, Elke Nieveler a specialist for the early Middle Ages at the Rheinisches Landesmuseum said.

The causes of the "Lord of Morken's" death at the age of 40 remain unclear. The serious head injury - probably a sword blow - which is clearly visible on his skull could not have been fatal because the wounds had time to heal well, explains Christian Meyer from Halle, who carried out the examinations of the remains.

The "Lord of Morken" is now the new attraction at the Rheinische Landesmuseum in Bonn. It offers unique insight into the cultural history of the Rhineland region. The world famous original Neanderthal (40,000 BC) is also on display there, as well as the world's largest Neolithic well. 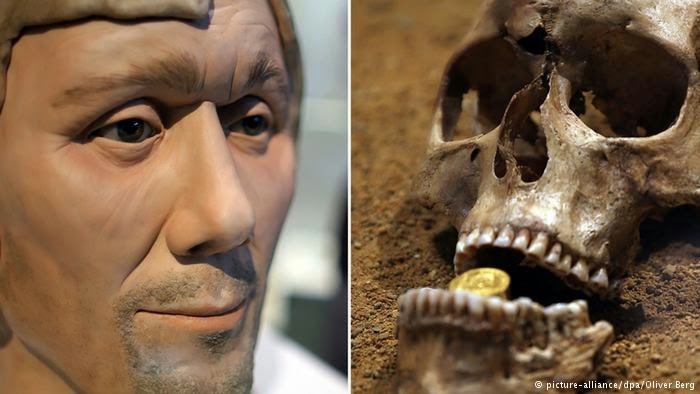 Although the documented differences in male stature in European nations can largely be explained by nutrition and other exogenous factors, it is remarkable that the picture in Fig. 1 strikingly resembles the distribution of Y haplogroup I-M170 (Fig. 10a). Apart from a regional anomaly in Sardinia (sub-branch I2a1a-M26), this male genetic lineage has two frequency peaks, from which one is located in Scandinavia and northern Germany (I1-M253 and I2a2-M436), and the second one in the Dinaric Alps in Bosnia and Herzegovina (I2a1b-M423).16 In other words, these are exactly the regions that are characterized by unusual tallness. The correlation between the frequency of I-M170 and male height in 43 European countries (including USA) is indeed highly statistically significant (r = 0.65; p < 0.001) ( Fig. 11a, Table 4). Furthermore, frequencies of Paleolithic Y haplogroups in Northeastern Europe are improbably low, being distorted by the genetic drift of N1c-M46, a paternal marker of Ugrofinian hunter-gatherers. After the exclusion of N1c-M46 from the genetic profile of the Baltic states and Finland, the r-value would further slightly rise to 0.67 (p < 0.001). These relationships strongly suggest that extraordinary predispositions for tallness were already present in the Upper Paleolithic groups that had once brought this lineage from the Near East to Europe.

Haplogroup I1 in the Volga-Ural region (Trofimova 2015)

Variability of mitochondrial DNA and Y-chromosome in the populations of Volga-Ural region
Trofimova N.V. 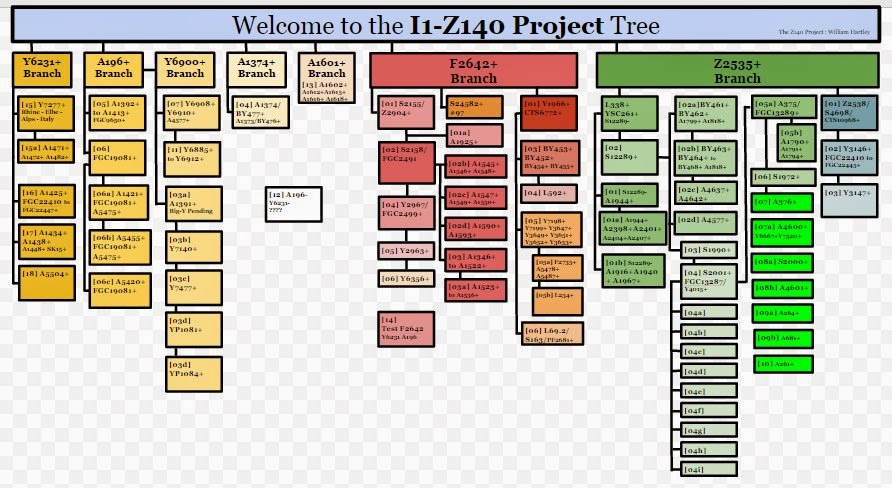 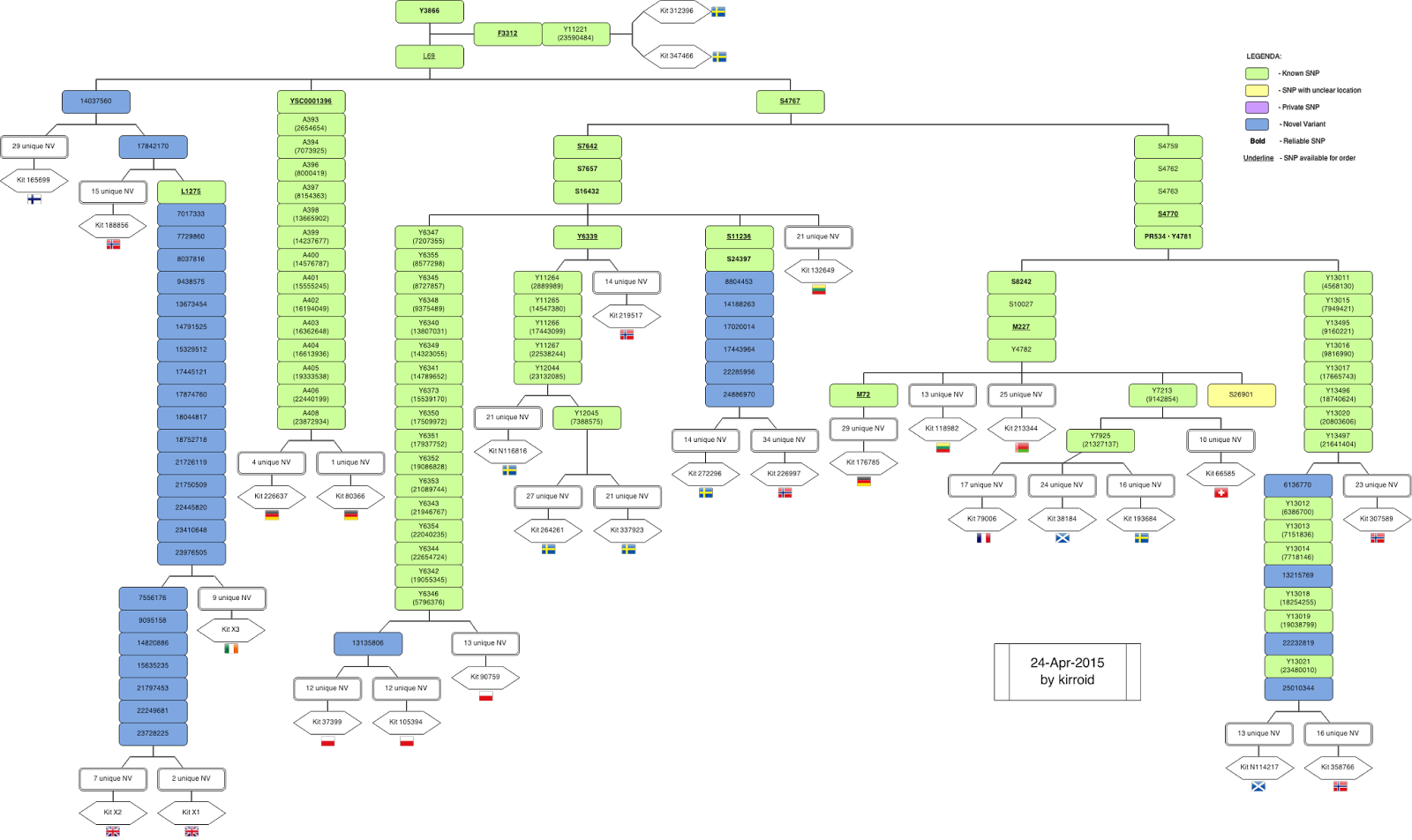 The paternal perspective of the Slovenian population and its relationship with other populations.
Zupan А, Vrabec K, Glavač D. 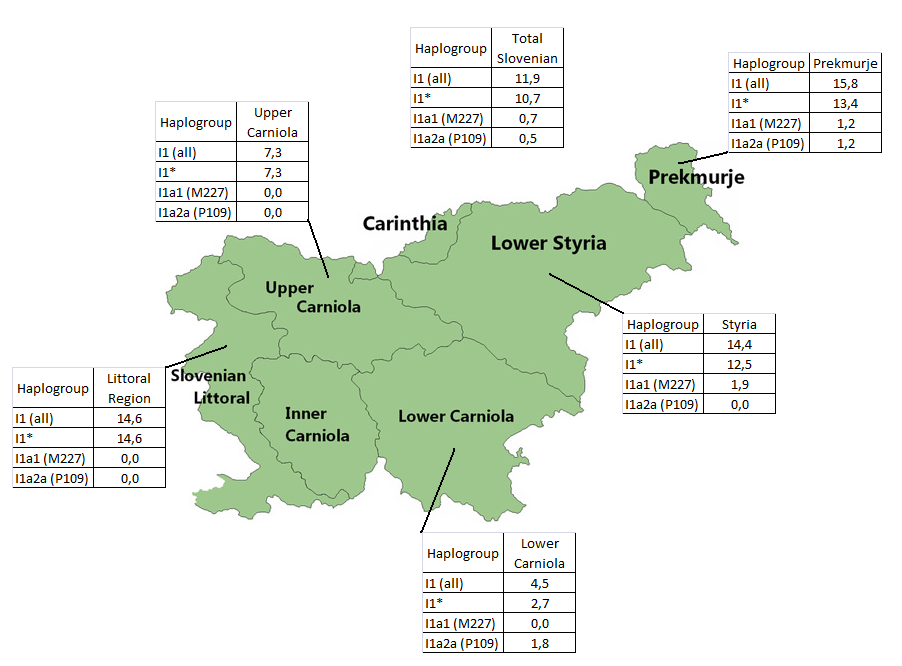